Super Bowl commercials. One of the last remaining expressions of pure-bred, all-American Capitalist values we have left. Through which we celebrate the ultimate in American brands, including Doritos, GoDaddy.com, and Budweiser, now headquartered in the most American of European countries, Belgium. But this year, the American public was let down, and howls of justified rage have been echoing across the Internet. Coca-Cola has deceived us all.

Coca-Cola, the official soft drink of the Confederacy

The inventor, John Pemberton, developed the original recipe and used it as a pain-killer to treat a saber-wound he sustained fighting for the South in 1865. Since its humble beginnings, Coke has pulled itself up by the bootsraps to play a key role in helping America take the lead in the diabetes race. In India, Coke helped farmers use all the ground water in Kerala. Same goes for Mexico. Coke also helped the American Academy of Pediatric Dentistry by generously donating $1 million, while remarkably asking for nothing in return. Coke has always upheld the American dream of money uber allies; the top executives in Germany during WWII were Nazis. And the legendary American company also supported Reagan’s critical policies in South Africa by offering housing to its black employees in exchange for labor.

Coca-Cola has always protected the rights of real Americans. Unfortunately, minorities within the company complained about being paid less so much that the Eastern liberal elite lawyers made Coke pay $192.5 million to settle a class action racial discrimination suit in 2000. Bottling plants in Guatemala and Colombia have hired mercenaries to assassinate union leaders, taking out a potentially dangerous enemy to the USA. More recently, Coke has stood firm by America’s long-term ally, Russia. Putin signed some common-sense legislation that protects kids from being converted to the homosex. Americans are outraged to see that even the Russian president is more American than our own Kenyan-Socialist-Muslim. Coke has stood firm, sponsoring the Sochi Olympics and reassuring the most American of Russian presidents.

Coke is America. Through an advertising campaign in the ‘30s, the brand even invented Santa Claus as we know him today- an old white man in a red suit. We don’t know what went suddenly wrong, but we do know that Coke has turned its back on America. During Super Bowl 48, it aired the following commercial:

As you can see, the ad features a song that might even be the national anthem, although we can’t be sure, given that it’s sung in foreign languages. Alien tongues and the ugly spawn of illegals who hate our country so much they don’t even know that the national anthem is sung in American English! Coke has betrayed its long history of excellence by creating such a false, yet emotionally-compelling, advertisement. It is sneakily convincing our children, who just want to drink their non-nutritious chemical toilet-bowl cleaner in peace, that foreigners can be American! 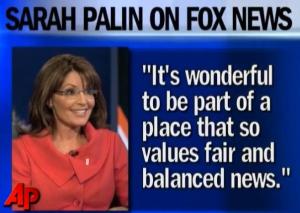 The uproar over the advertisement has brought out the best of Americans, as the patriots stand up against this tide of inclusivity. Michele Bachman had this to say: “if English was good enough for Jesus when he wrote the bible, it should be good enough for Coke.” Sarah Palin and Phil Robertson loquaciously stated: “#speakAmerican.” America has always been occupied by good, white Americans, and the Coke ad goes directly against our richly uniform heritage, from which we draw strength. Most upsetting was that one of the singers in the commercial actually spoke an Indian language. Who the hell knows where they came from, but they’re probably stealing our jobs. And our land.